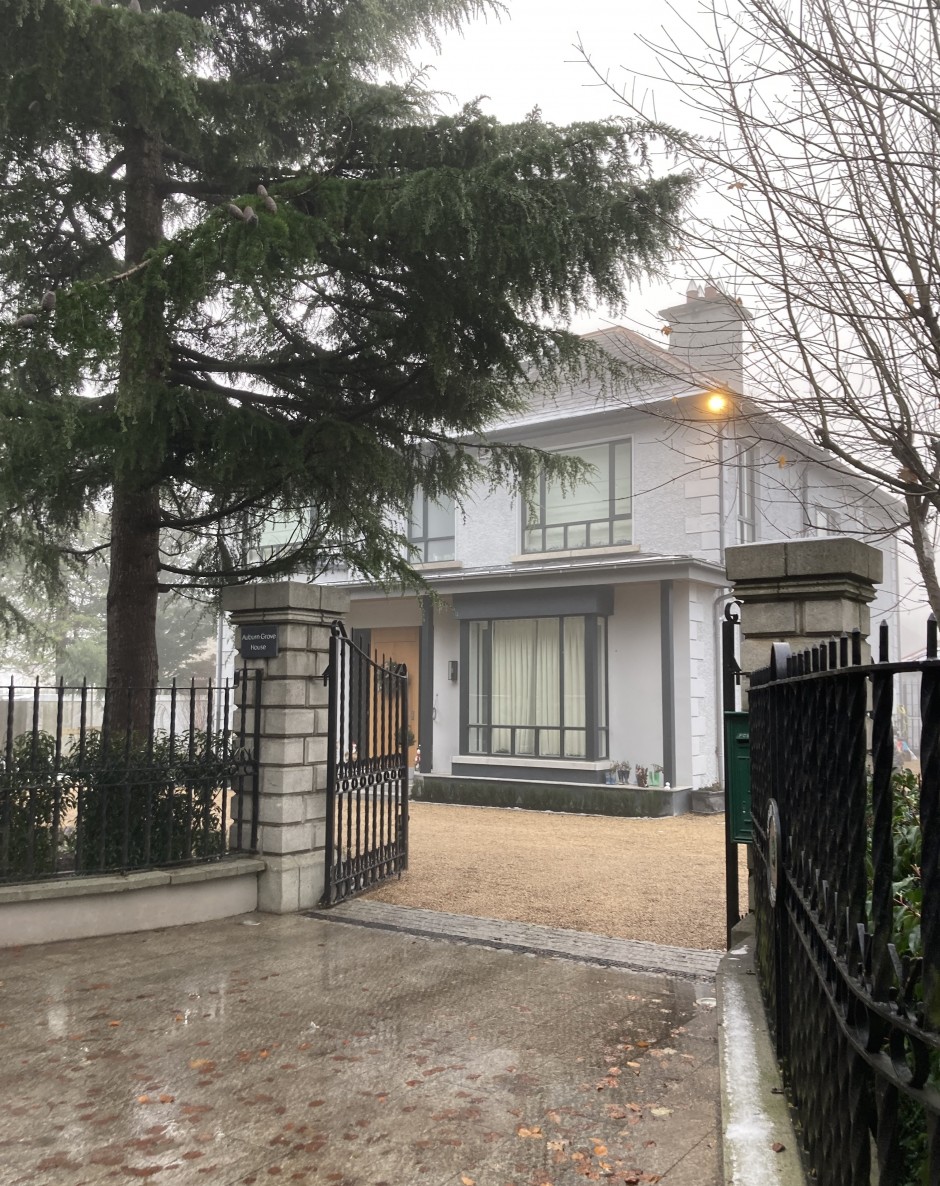 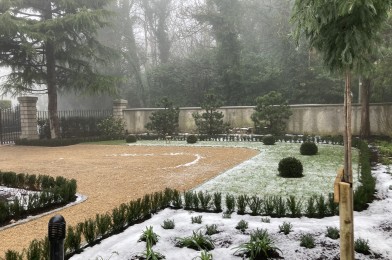 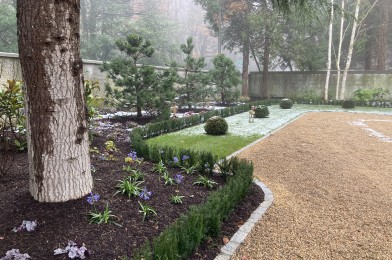 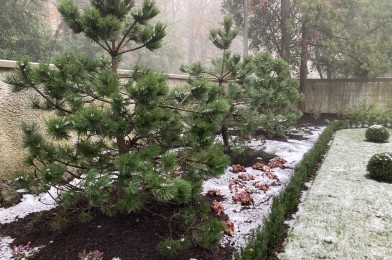 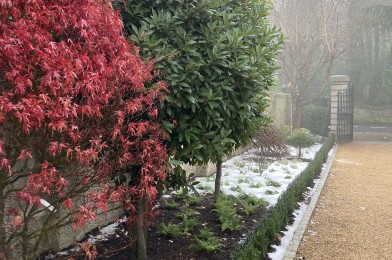 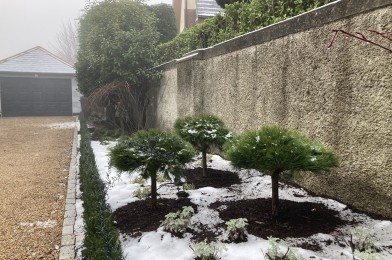 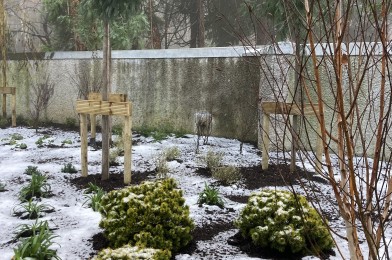 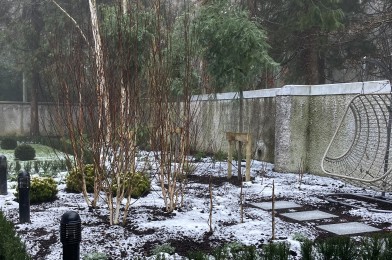 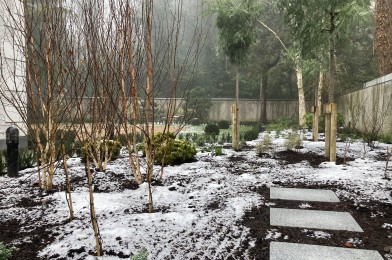 Set in a leafy location opposite Malahide Castle Demesne, this project involved the design and implementation of the front garden for this recently renovated period house.

The planting for the garden design was carefully considered with an emphasis on formal planting to compliment the style of the house. Low Yew hedging was planted under the windows to soften the interface between the house, and generous planting beds extend around the perimeter forming the shape of the lawn, which is edged with low Yew hedging and planted with clipped Yew balls, evenly spaced, enhancing the formal character of the garden.

A Portuguese Laurel Hedge was planted along the wings of the entrance gate, enhancing the sense of privacy, and in addition to retaining the existing trees, a variety of new tree specimens such Austrian Pine, Dwarf Mountain Pine, Acacia, Himalayan Birch and Japanese Maple were selected for key locations. A mix of herbaceous planting, including woodland planting to suit the shaded surrounding, ornamental grasses, flowering plants and spring bulbs give the garden a variety form, texture and all year-round colour.