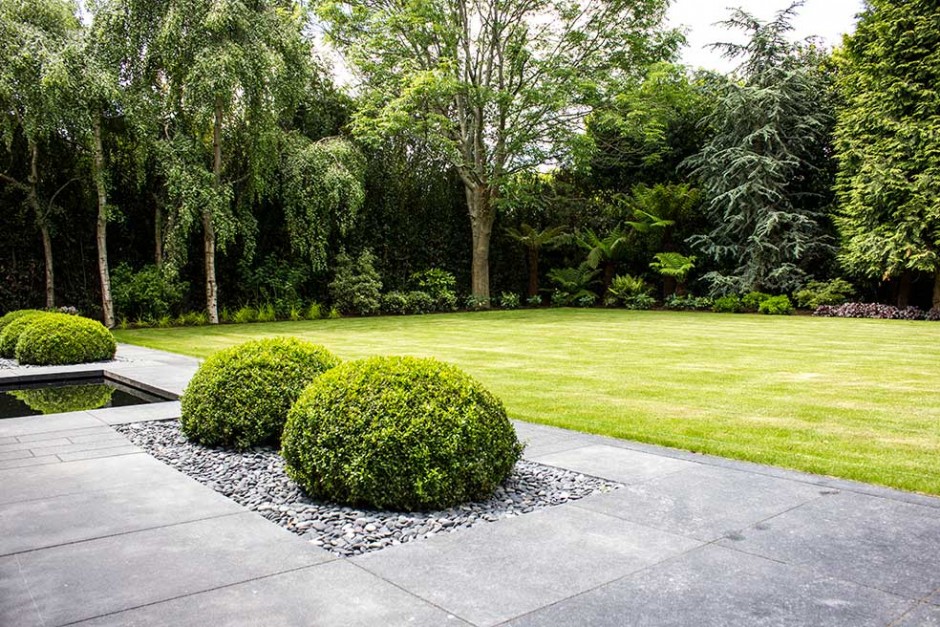 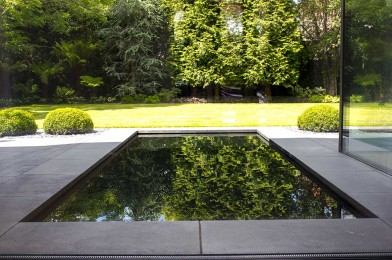 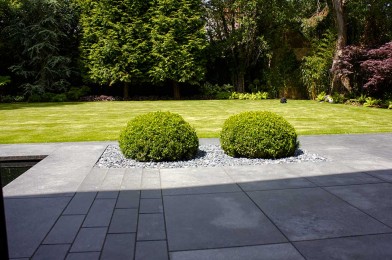 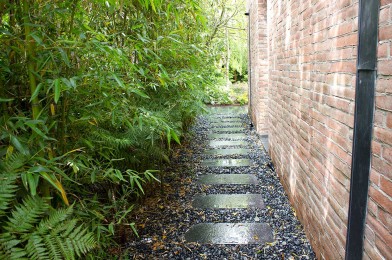 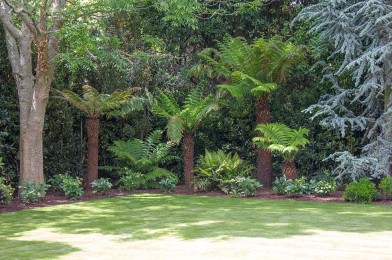 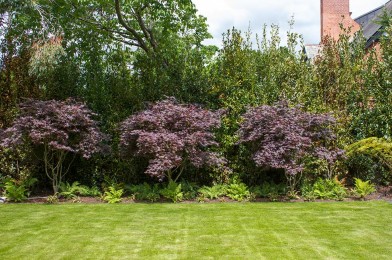 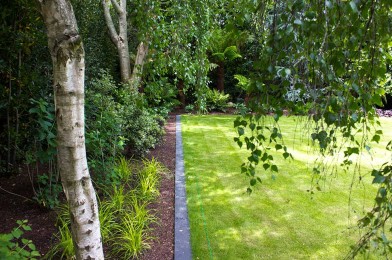 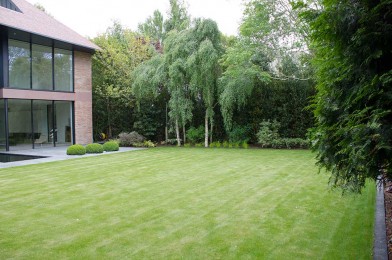 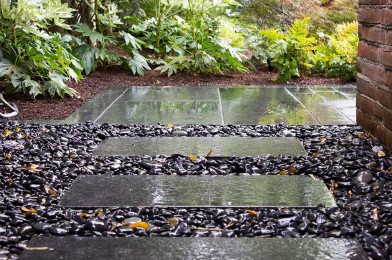 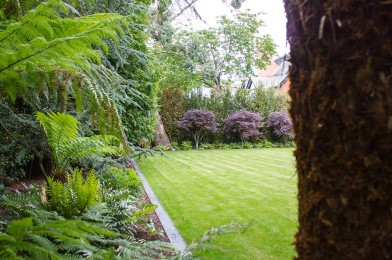 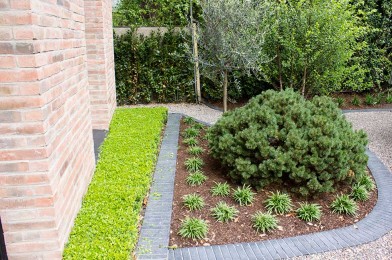 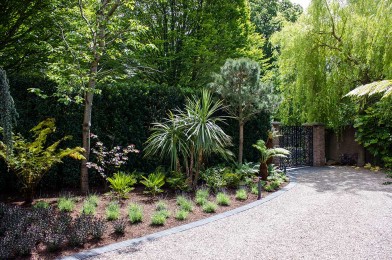 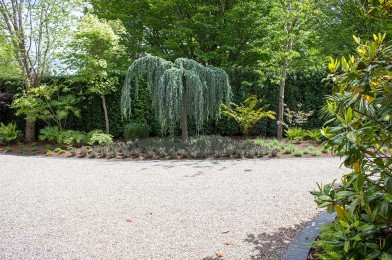 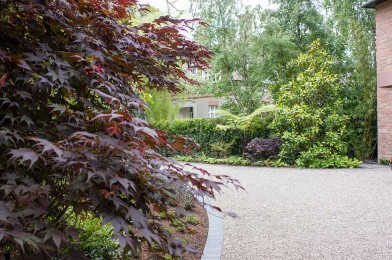 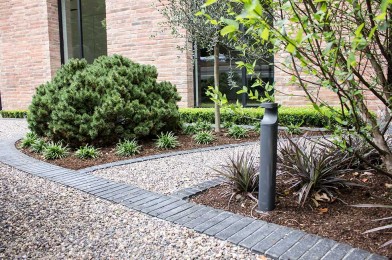 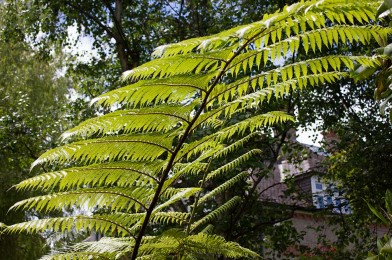 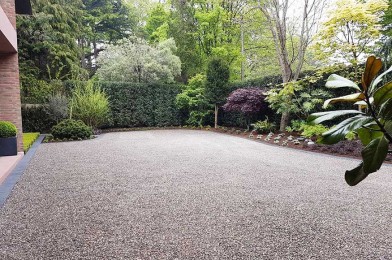 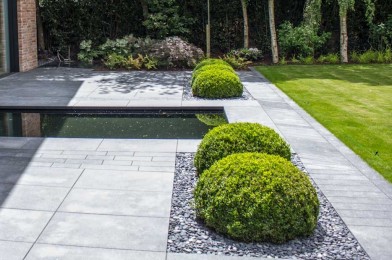 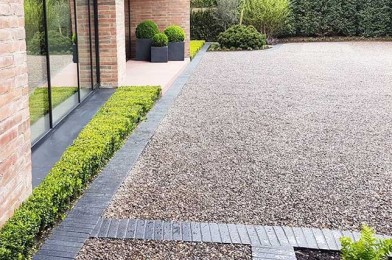 Set in Leafy Dublin 4, we have been involved in the design and implementation of this garden project from the outset. Our first involvement on site was in early 2016 when we planted four semi-mature evergreen trees and a specimen Cedar to the rear of the site prior to the completion of the dwelling.

On completion of the house we drew-up detailed plans for the entire garden and implemented the landscaping works which were completed in June 2017.

The site consists of a front and back garden. The brief was to create a garden that was in keeping with the area and complement the contemporary clean lines of the new house. The hard landscaping palette consisted of black Kilkenny Limestone Patios with details of random length strips of complementary Limestone paving. The reflection pool has a 50mm Limestone edge surround and picks up magnificent reflections of the building and garden greenery.

The curved nida-gravel driveway at the front has a smooth flowing edge of stone washed Kilkenny Limestone Cobbles, laid as soldiers giving  a generous proportioned edge to the pea-gravel surfaced driveway.

Specimen plants throughout the garden create key focal points from various angles along with under planting of ferns and shrubby type plants giving structure and maturity to the garden.